One of the most ancient crafts practised in Sifnos from the early Cycladic period all the way to the present day is pottery making.

The development of pottery Sifnos is mainly due to the abundance of refractory clay (a product of the breaking down of schist rock), mixed with the availability of rainwater, suitable fuel, and a mild climate, as well as to the exceptional dexterity and skills of the Sifnian potters in the art of processing the clay, which has been passed from generation to generation through the centuries. Thus over time the adjective ‘Sifnian’ came to mean a person practicing the profession of a ‘tsikalas’ (a Sifnian word for potter), ‘aggeioplastis’ (pot-maker or potter), or ‘kanatas’ (pitcher or jug maker). 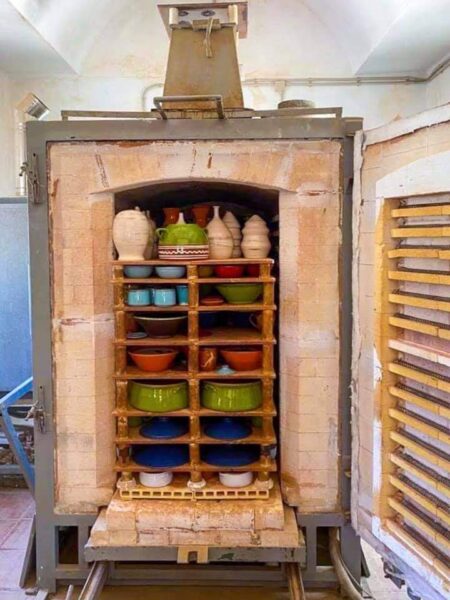 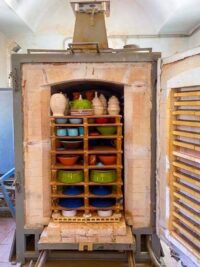 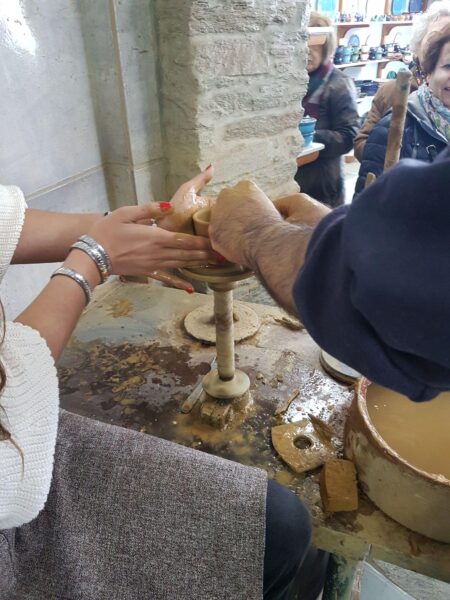 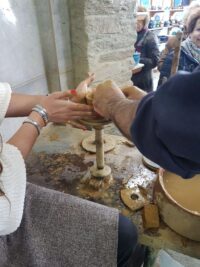 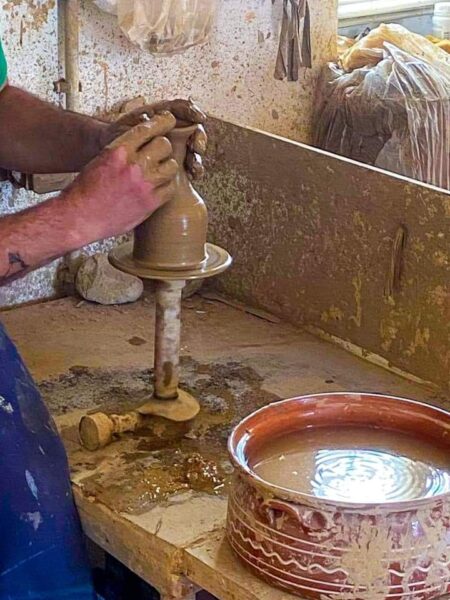 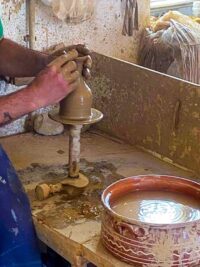 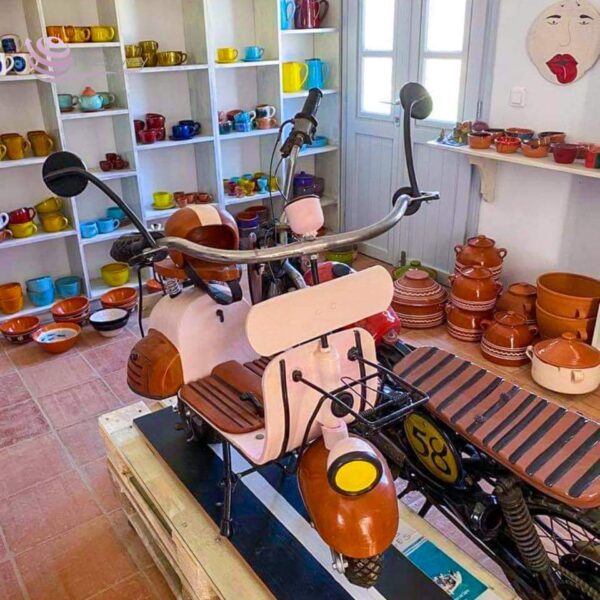 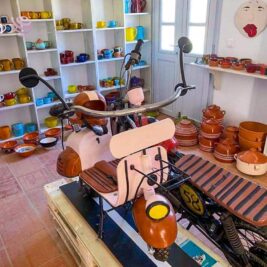 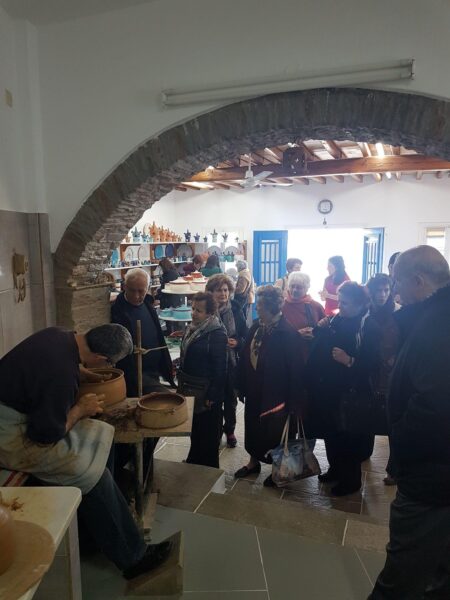 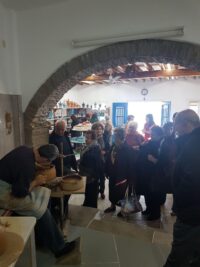 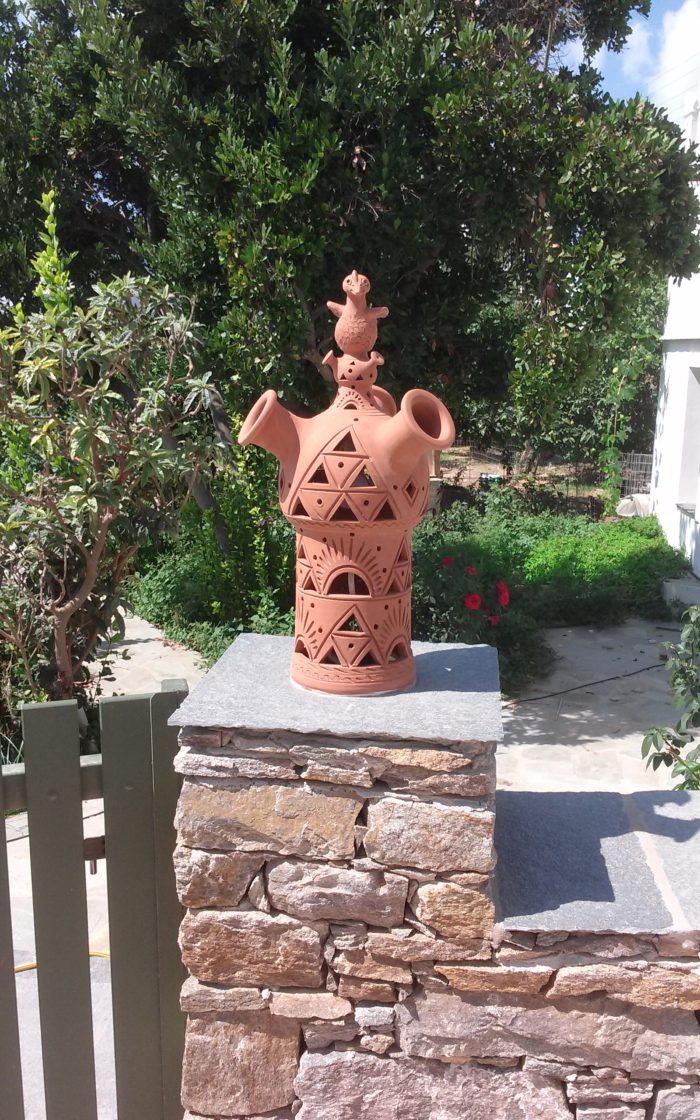 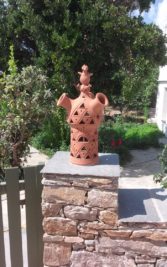 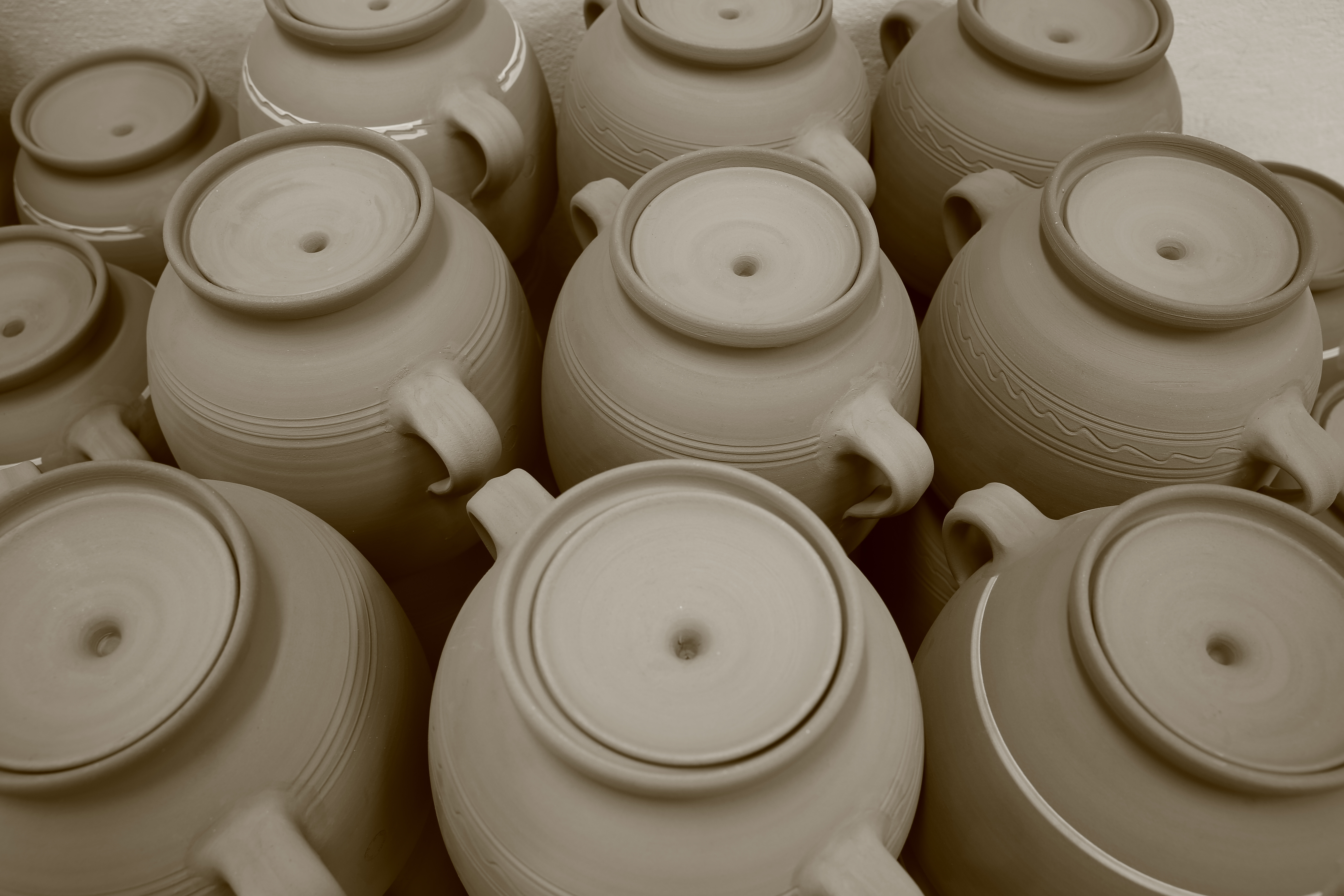 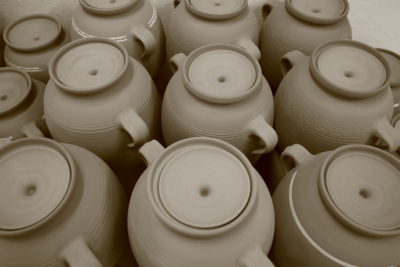 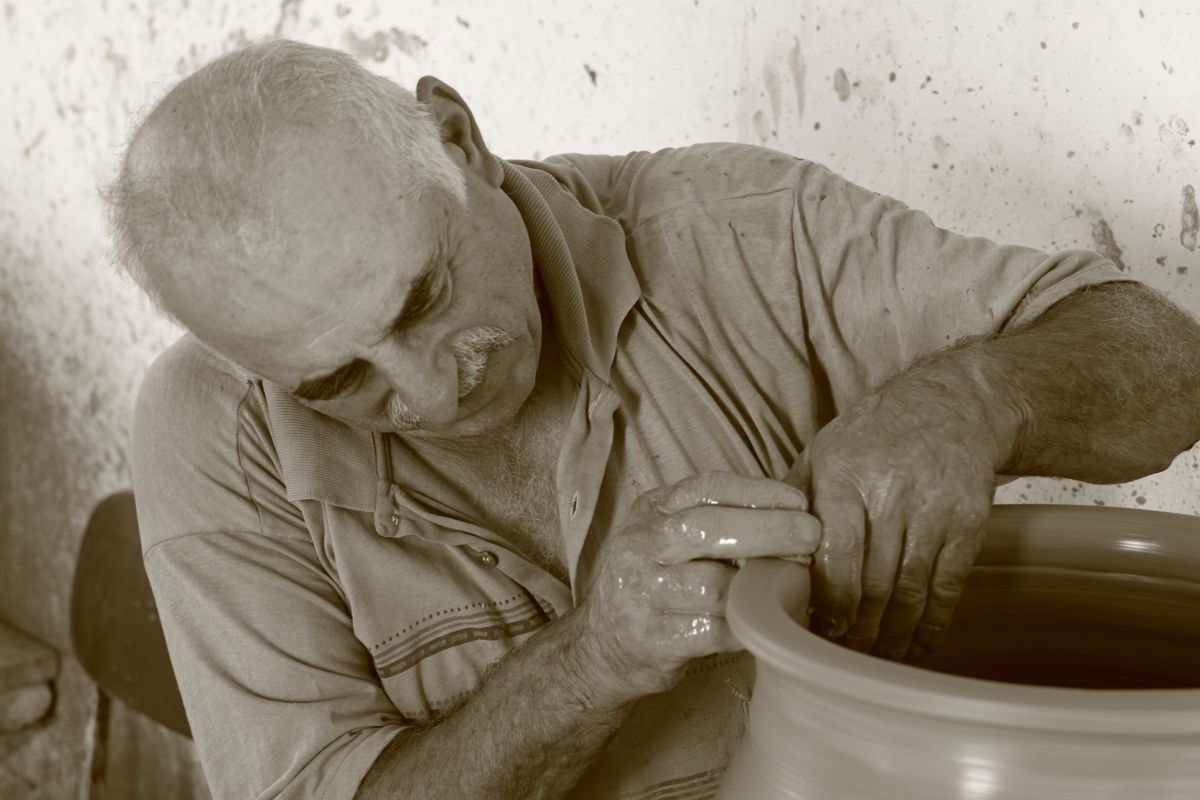 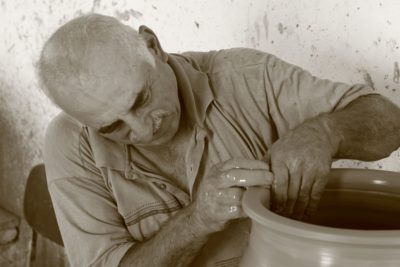 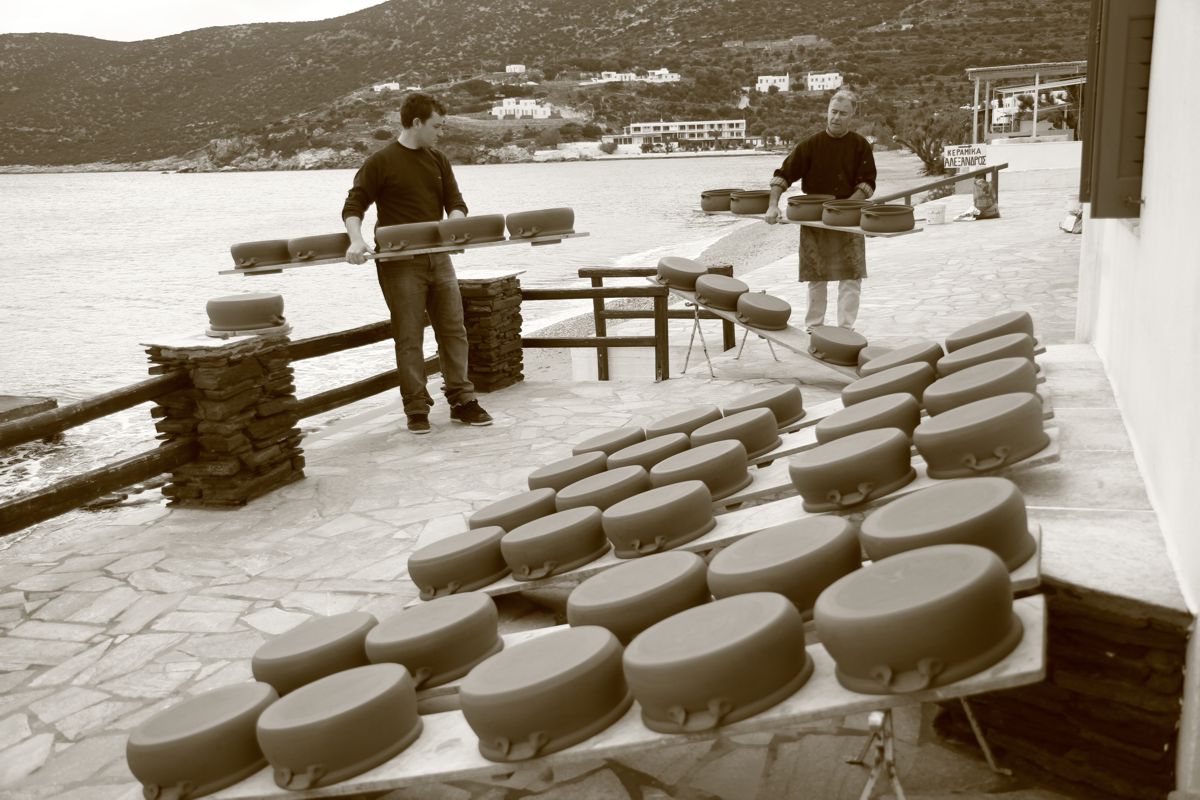 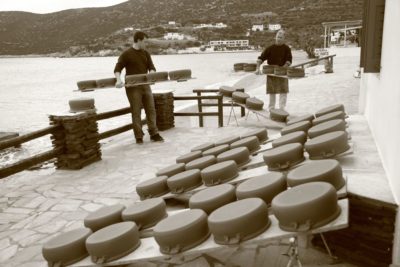 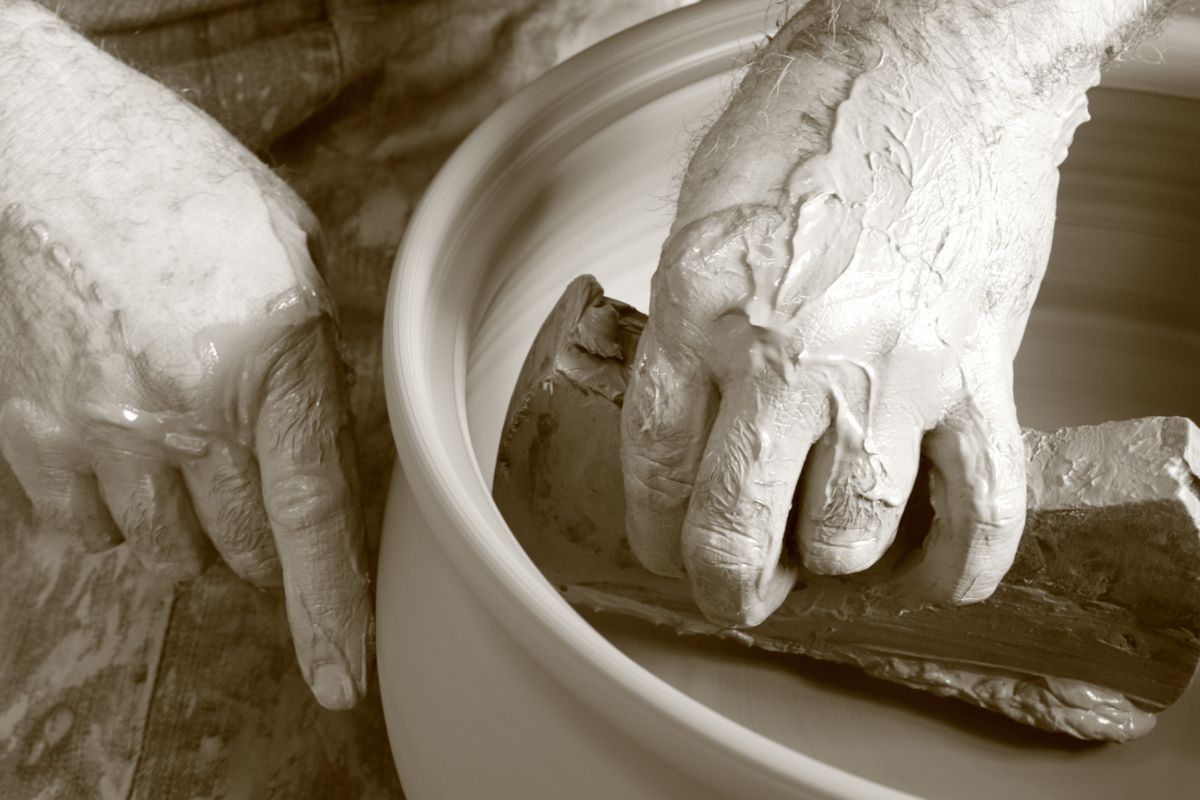 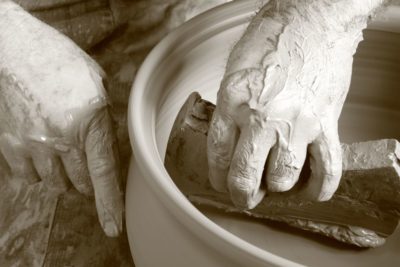 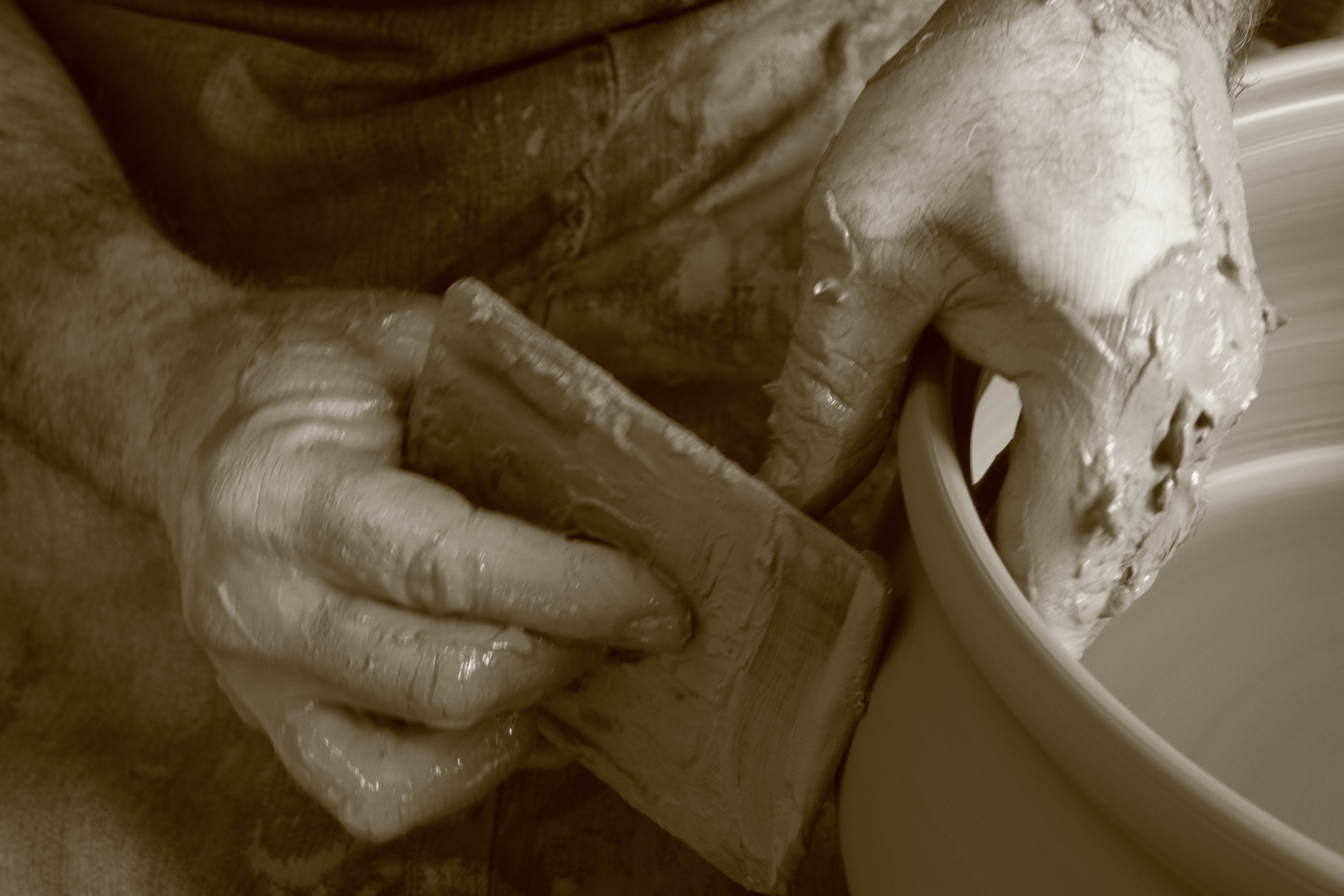 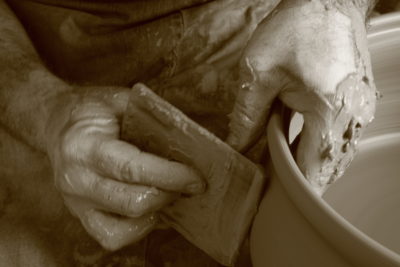 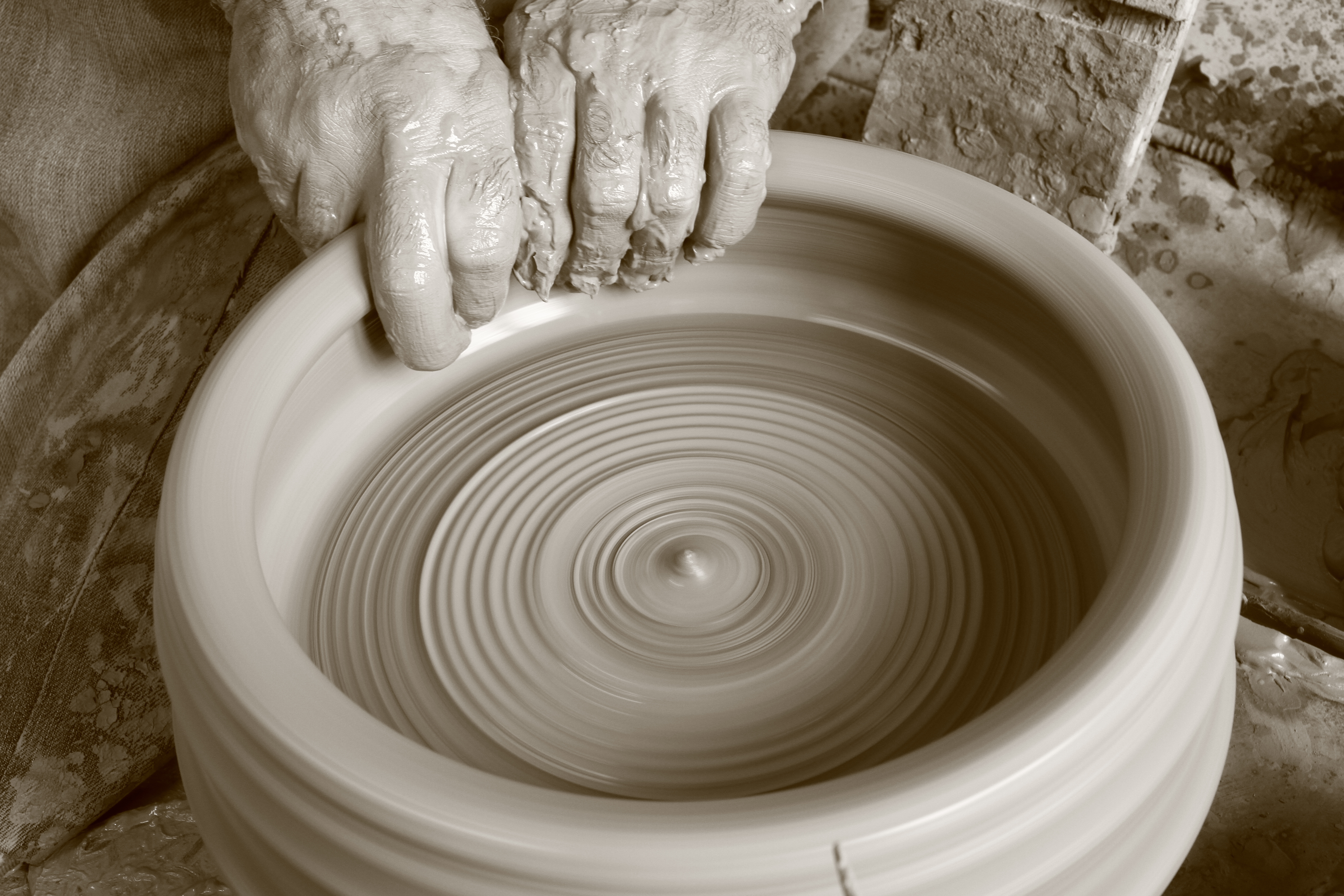 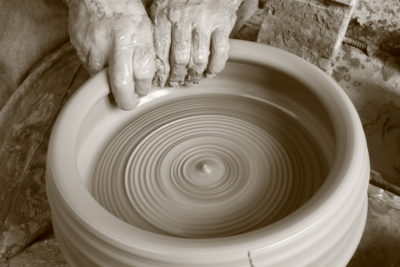 The location of the workshops, with the other necessary facilities (kilns and so forth) and the storage areas, is linked to general historical circumstances. When piracy plagued the Cycladic islands, the potteries were located inland and production was sufficient to meet local needs. Later, when the dangers disappeared, especially after the establishment of the free Greek State, potters brought their workshops to the coastal areas, where there were more suitable conditions for the practicalities of their profession and also better opportunities to develop export trade beyond the island. Because the distances from the inland village settlements were great, the potters remained all week at work and returned to their homes on Saturday afternoons. They would leave for work again on Monday mornings.

During the peak of the pottery industry, there was a division of labour in the workshops; the production process involved a ‘kladas’ (who gathered wood for the kiln), a ‘homatas’ (who collected the clay), a ‘moularas’ (who transported the clay by mule to the workshop), a ‘kopanistis’ (who prepared the clay for throwing), the master potter and his assistant (the ‘basperetis’).

Some of the Sifnian potters moved away to nearby or more distant islands, as evidenced by the place names that have been carried to many of the Cycladic islands, bearing witness to the settlement of the Sifnian potters. They also developed their activities in various areas of Attica on the mainland, in particular Maroussi, Halandri, and Agia Paraskevi, and some also migrated abroad.

Today the pottery workshops of the island make household items for cooking or storage. Characteristic are the ‘mastelo’ (a large baking dish for preparing the traditional meat dish of the same name in wood-burning ovens) the tsikali, jugs, the brazier, the KOUROUPOU the jar, Armeos and most characteristic of all the ‘flaros’ (clay chimney). Alongside the traditional items Sifnian potters also produce decorative objects, and are always experimenting with new forms and new colours.

As Sifnos is an island known for its traditional ceramic art, visitors will have the opportunity to enjoy a pottery production demonstration at one of the most famous workshops on the island from an expert potter. The session will start with information about clay, the material used for the production and then the potter will share his knowledge and unique techniques with all the spectators. The bold ones will have the chance to test their own skills in pottery. During the workshop you will have a wonderful time of fun and creativity along with your friends or family.