Kythira, or otherwise Tsirigo is the island of Heavenly Goddess Aphrodite and Eros. Located in Southern Greece between the southern Peloponnese and Crete. It is a mountainous island with many valleys into the sea to form beautiful beaches. They have an area of approximately 280 square kilometers. The vegetation is rich, especially in northern and western parts of the island. The climate is Mediterranean, with enough humidity and strong winds especially in winter. In several parts of the island there are sources that flow throughout the year.
Kythera has a population of three thousand inhabitants, the villages that remain are many and small, scattered throughout their geographic area. The island is administratively organized into a municipality with the community of Antikythera, the eponymous neighboring island, under the Province of Kythera, which belongs to the Prefecture of Piraeus.

The people engaged in agriculture, trade and tourism. The main agricultural products are oil and renowned quality honey. Travel the island is rapidly expanding in recent years and brings the attention of many visitors and tourist enterprises. The cultural heritage of Kythira is rich because so many people stepped on the land. The monuments bear witness to history. The architecture of the island rests in the styles and especially the Venetians, Crete and Mani. The Historical Archive of Kythira, the castle is now the capital is the second most important after Corfu, keeping records of the 16th century. The Byzantine monuments and British buildings adorn each side of each peak of the island. Archaeologists with organized groups bring to light important details. The myth of Aphrodite revives people, the stones and the sea. The visitors fall in love easily and become familiar with the island. 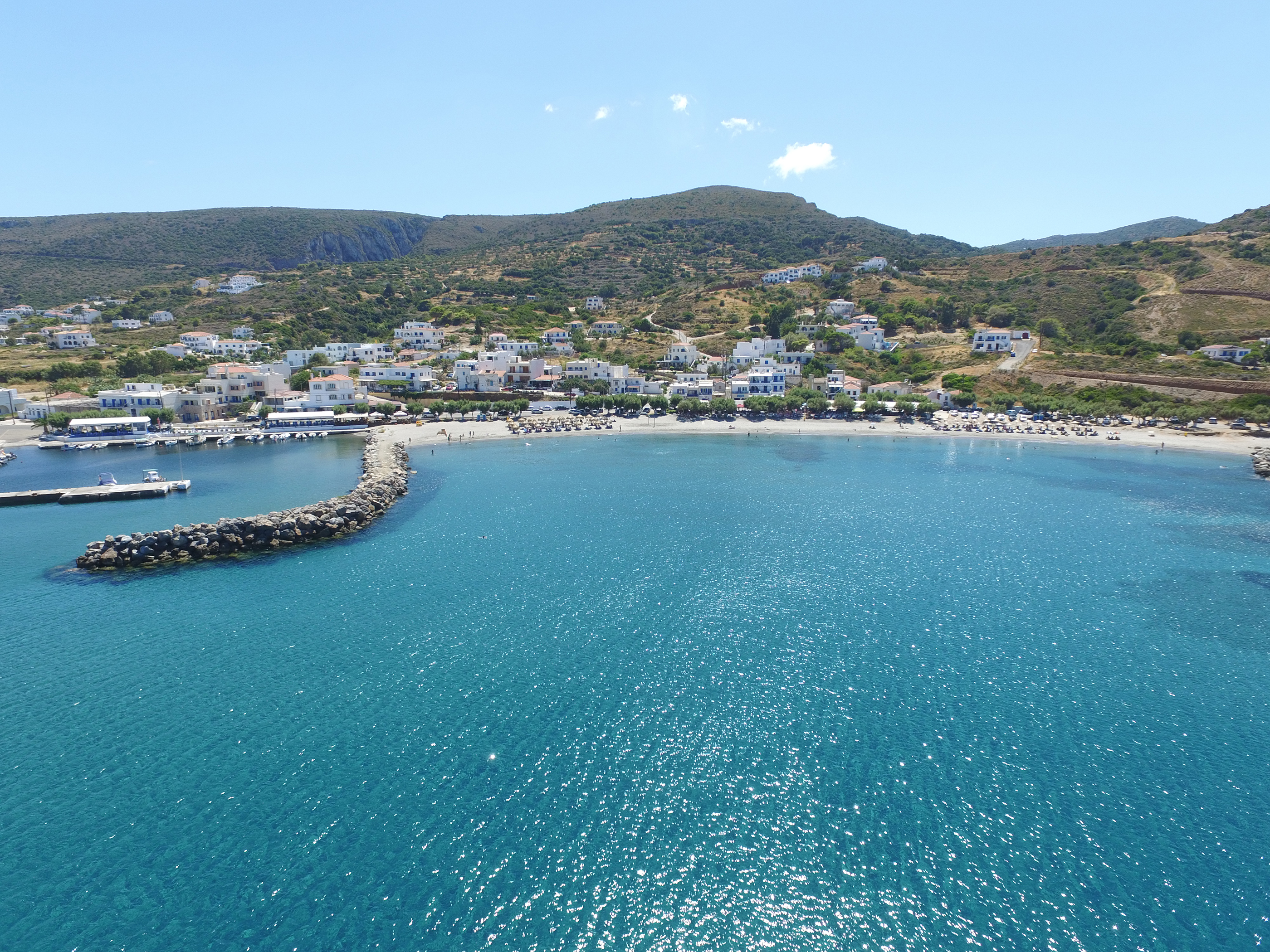 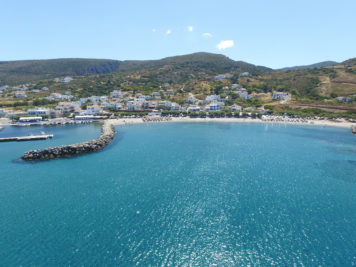 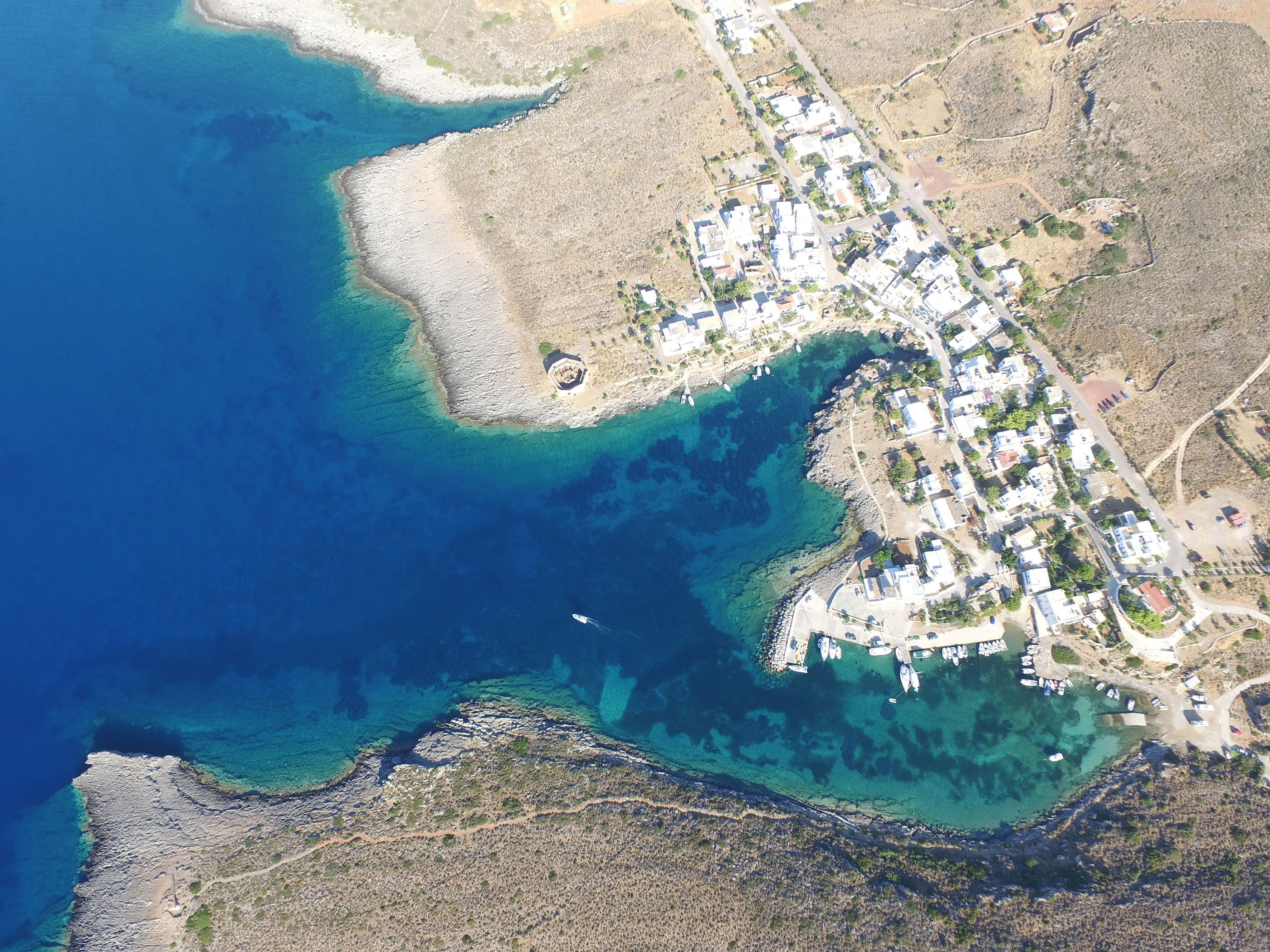 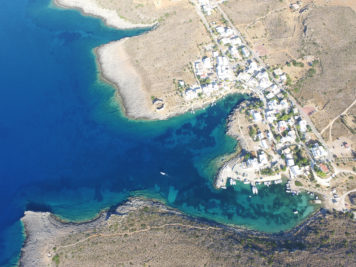 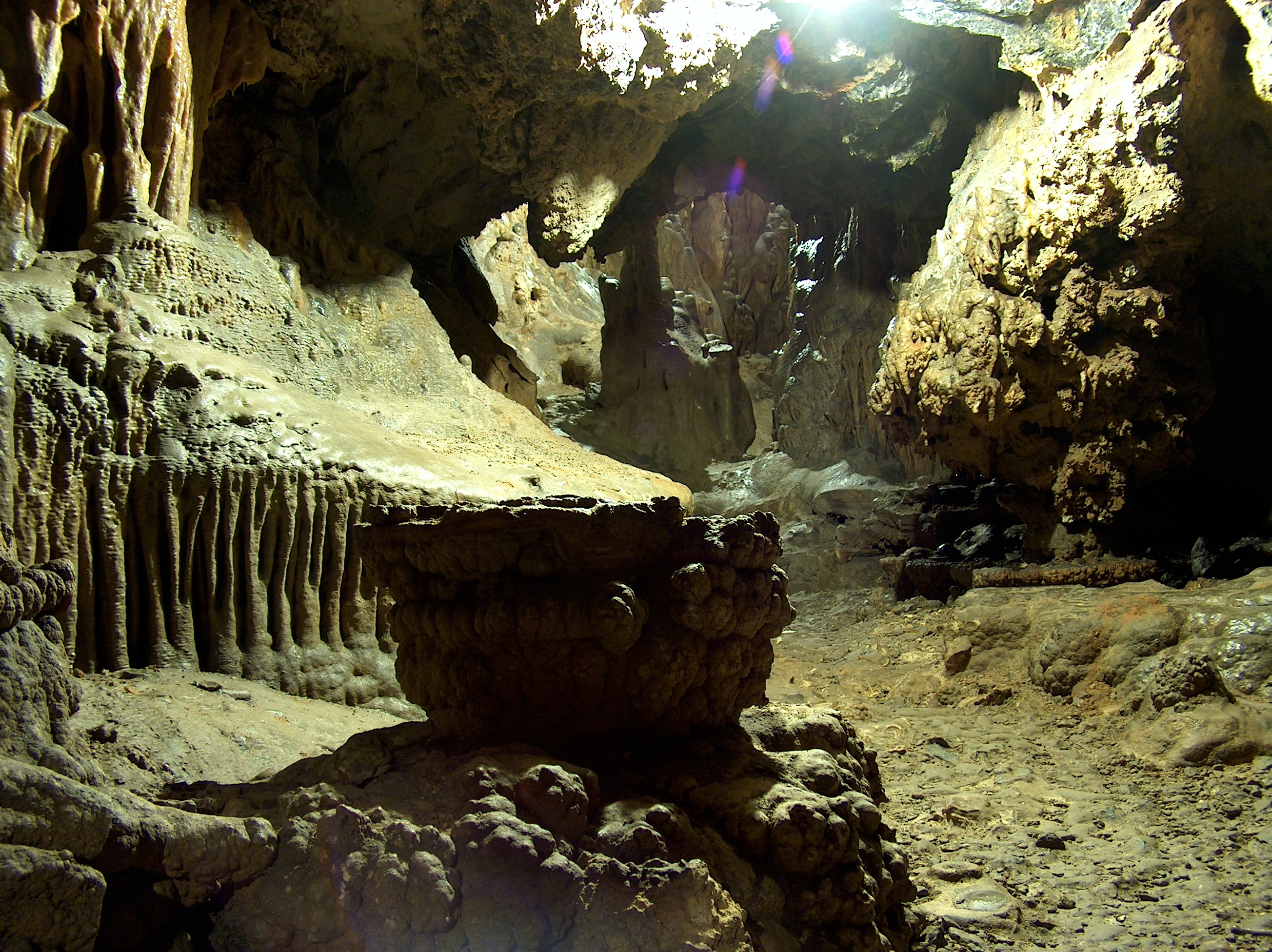 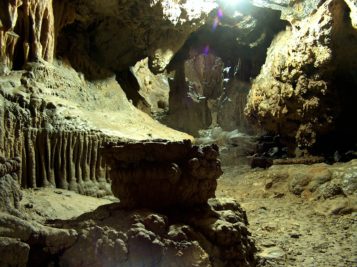 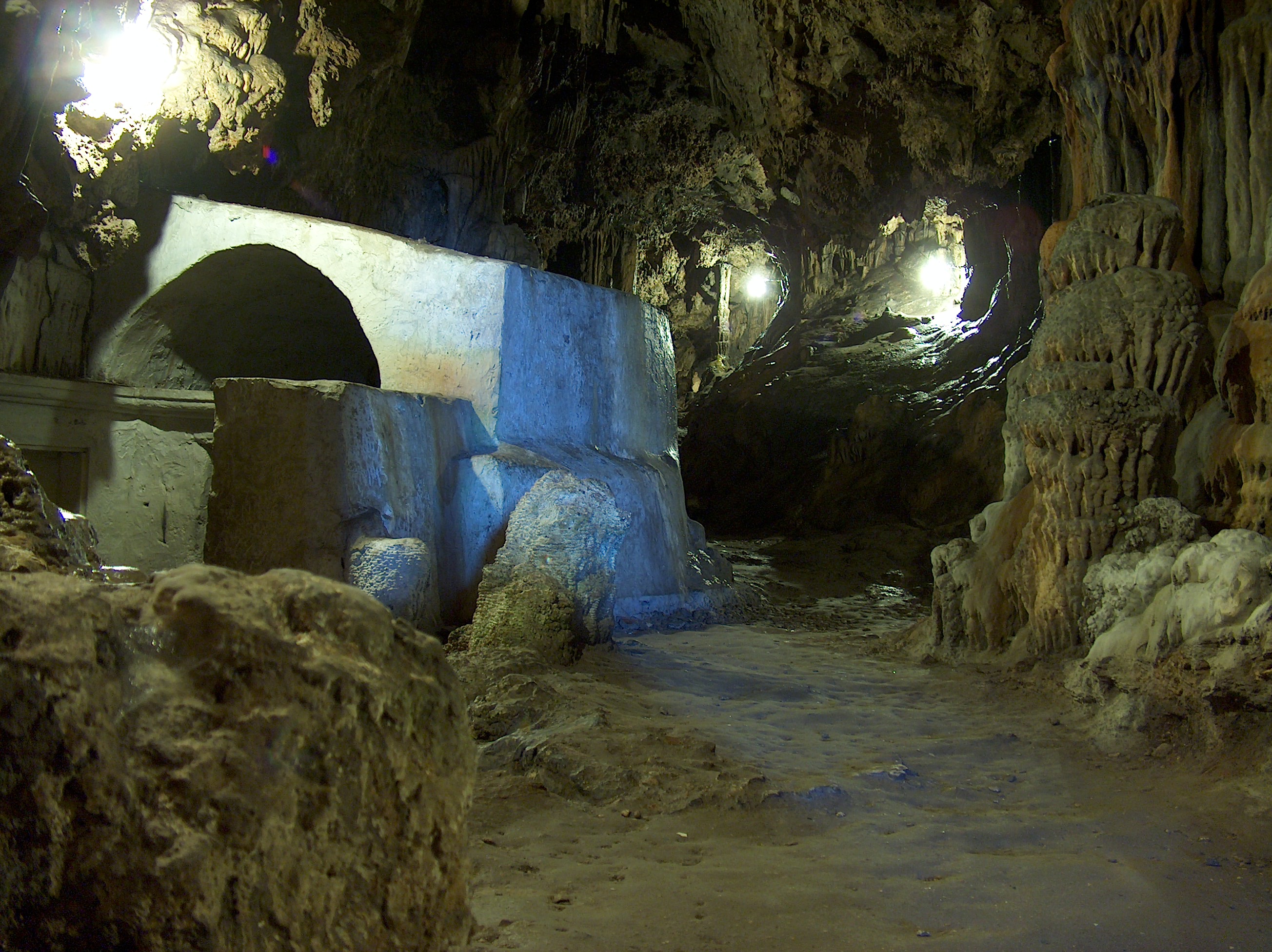 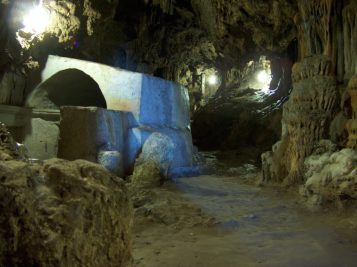 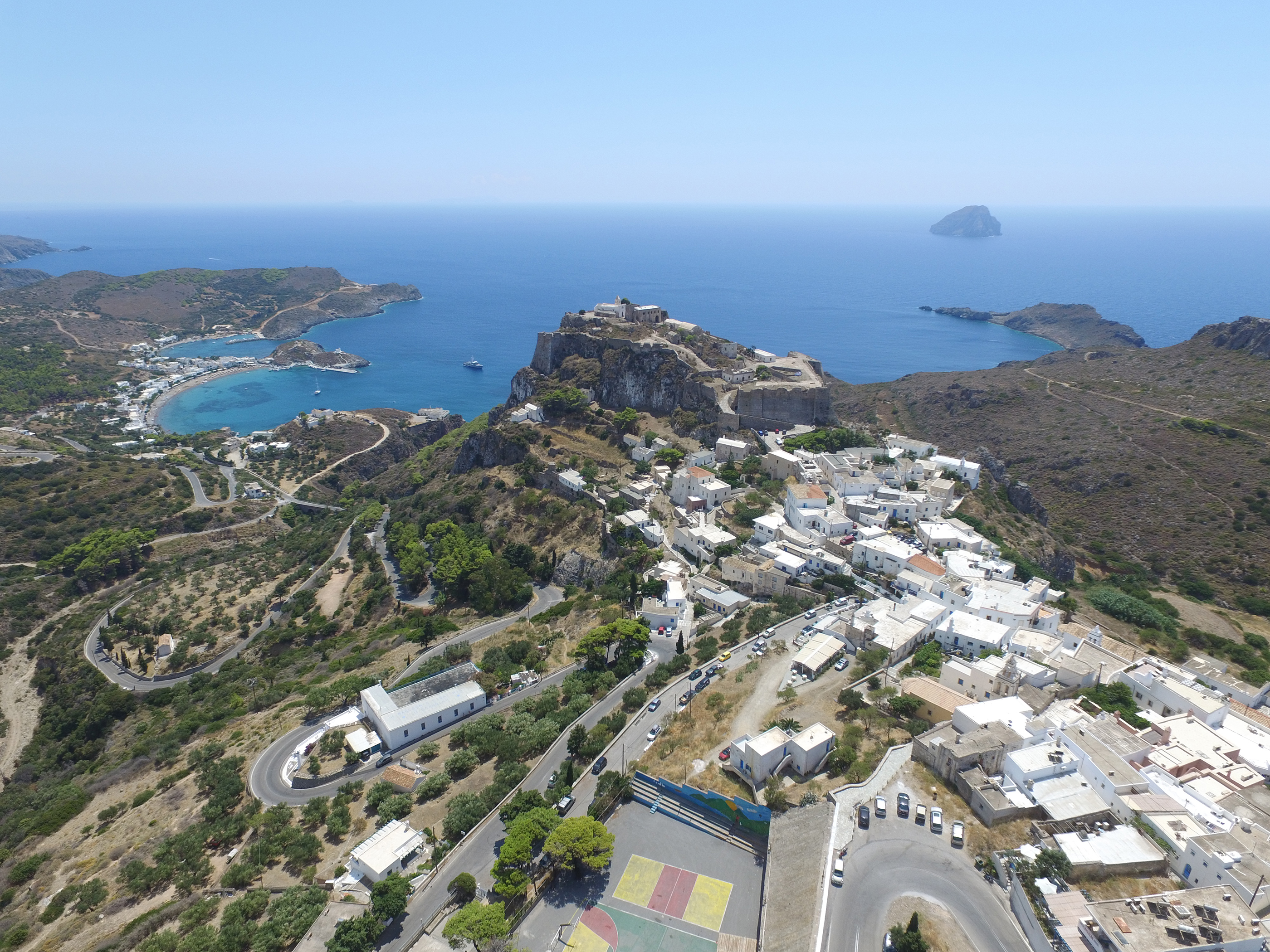 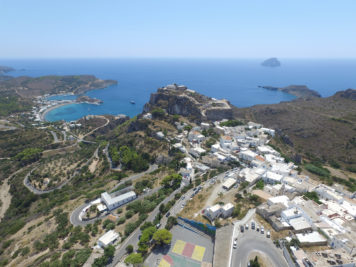 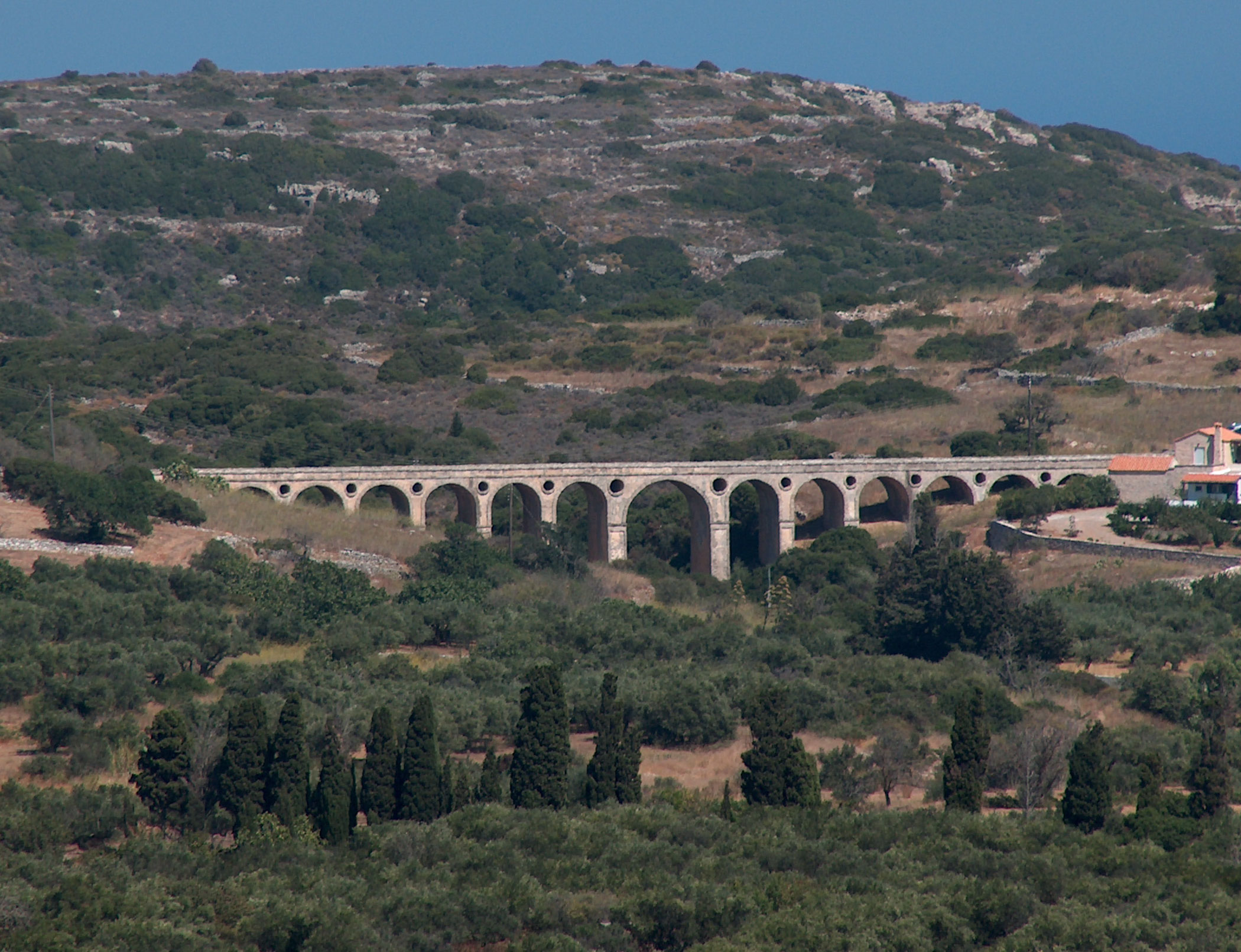 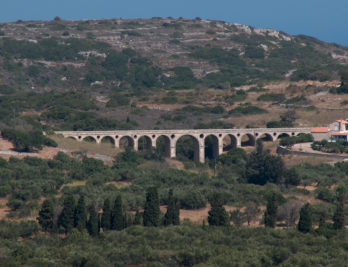 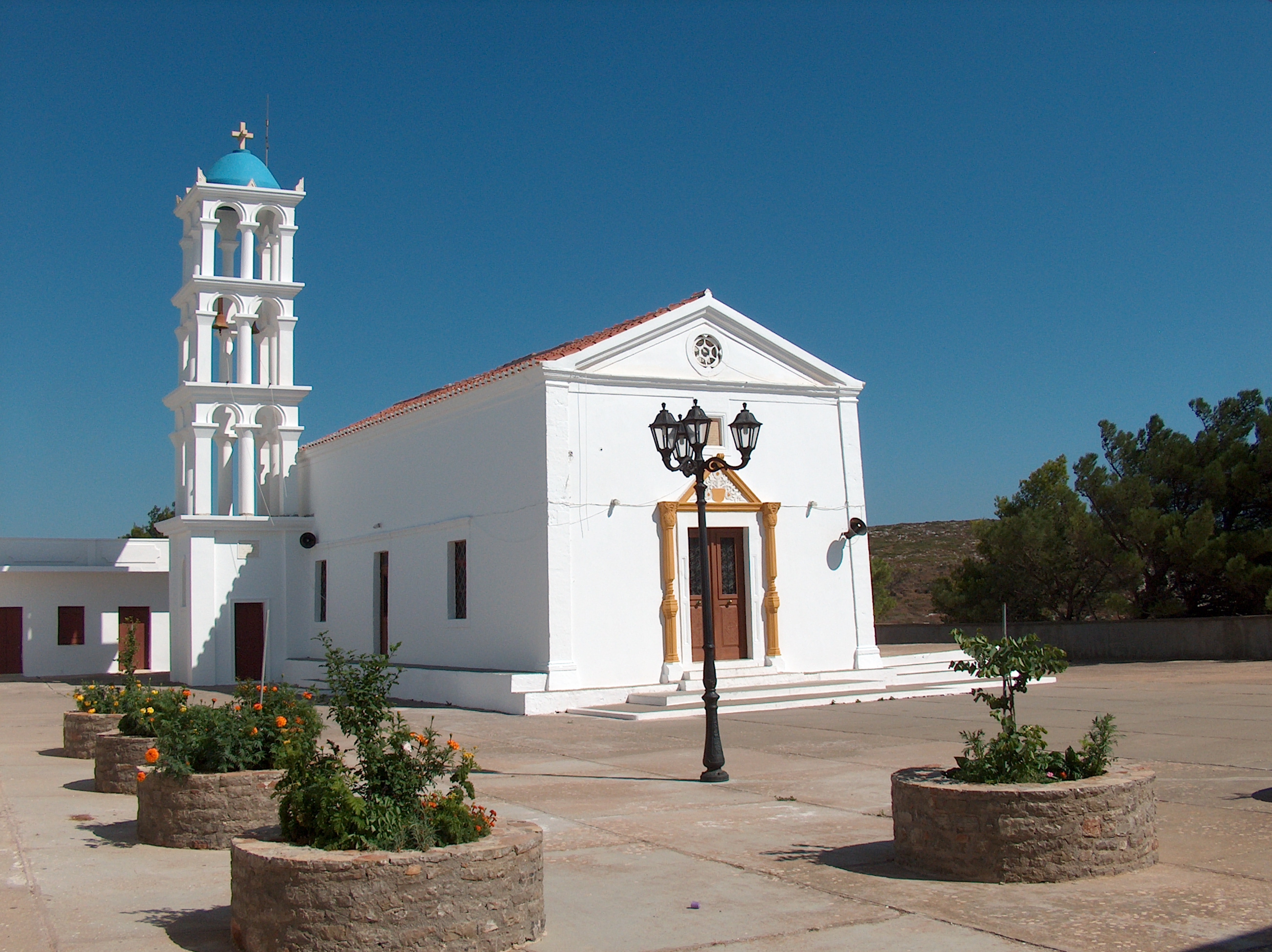 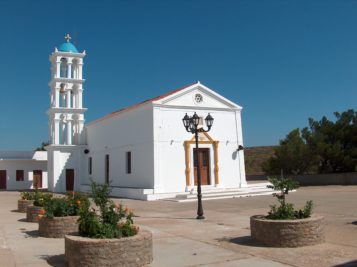 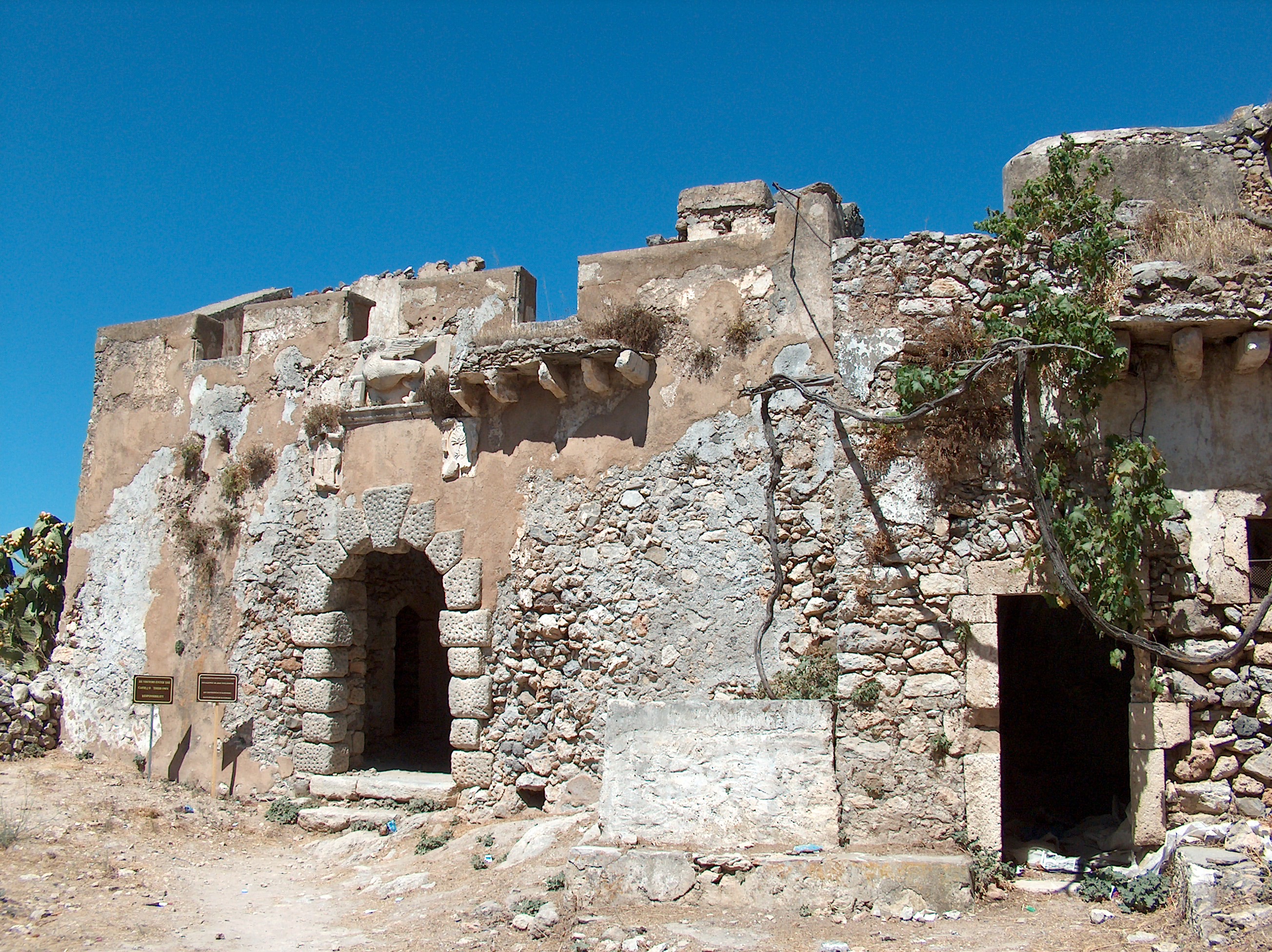 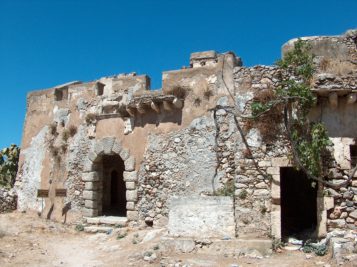 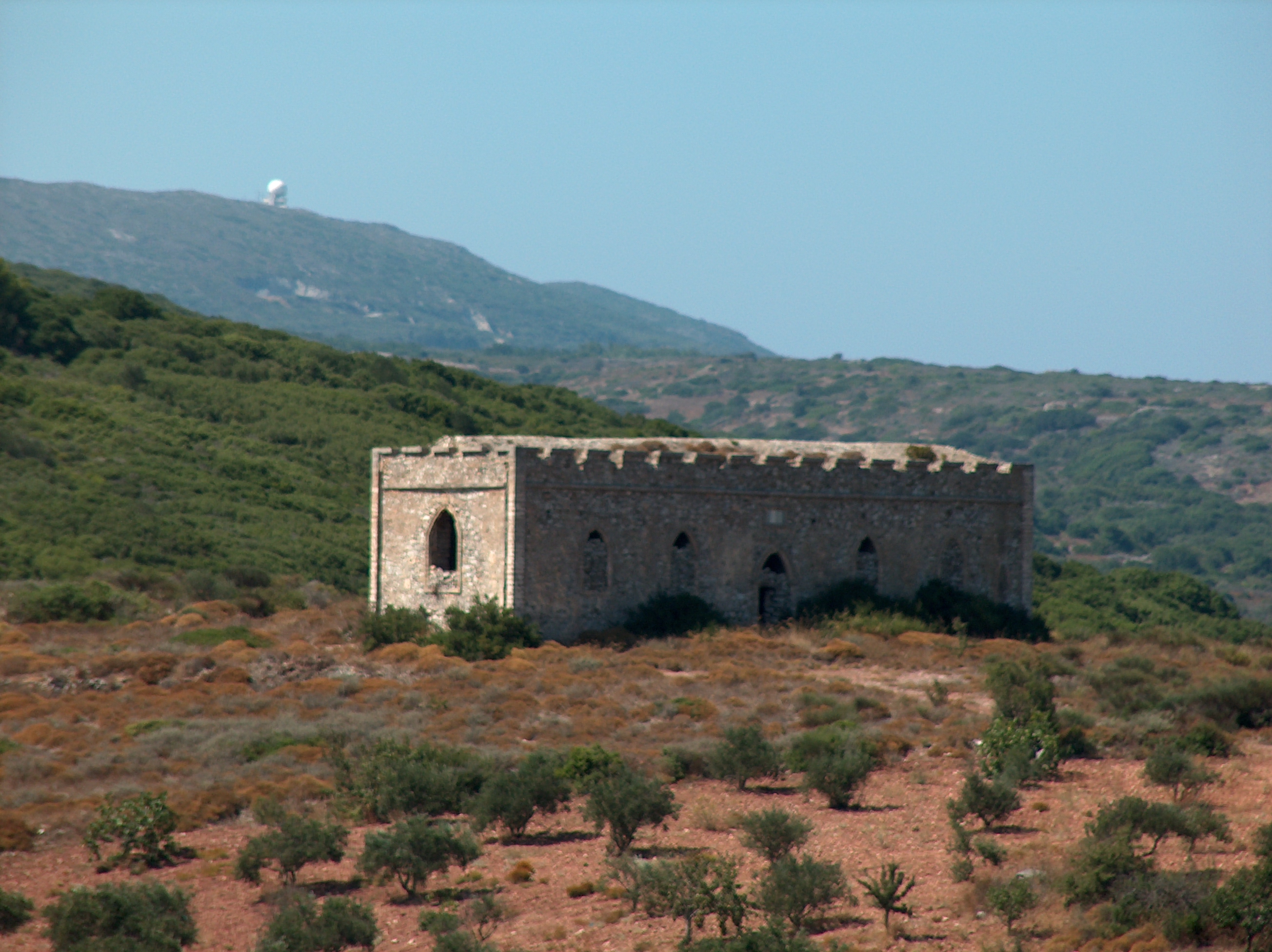 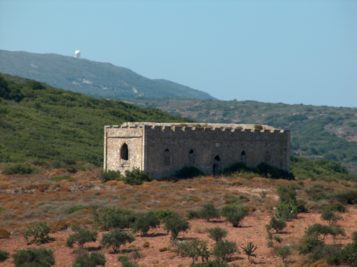 A great place to visit is the Monastery of Agia Elessa. The view from the monastery is fantastic, especially at sunset, as it is built on one of the highest points in the south of the island. From the mountain of Agia Elessa one can see Melidoni beach and almost the entire island. The monastery is built at the place of Agia Elessa’s martyrdom. Elessa was the daughter of Elladios from the Peloponnese. She came to Kythera and became a nun as her father did not accept the Christian faith. He chased her in the island and killed her in 375 AD. The later single-nave church was built in 1871. In the years that followed the cells and the three-story bell tower on the northwest side of the monastery were added.

One of the most impressive parts of the island is the skerry of Chytra or else Avgo (egg), located at a short distance across the harbor of Kapsali. On its south side there is a cave with enchanting colors both in the exterior and on the seabed. At the end of the cave there is a haven for seals. Going up on the isle requires attention, as the ground is steep and rocky. The rare and protected species of falcons (Varvaki) built their nests on these steep rocks. Also, the island’s local “flower”, “Sempreviva”, blooms in this difficult terrain, handpicked each June by experienced locals only, due to the difficult passages!

The beaches of Kythira are so many and so unique! Kaladi beach is, according to many, the best and most popular beach on the island, the one that shouldn’t be missed when visiting Kythera. It is a pebbled beach with crystal clear turquoise waters on the eastern part of the island, right next to Palaiopolis. The beach is divided into three parts, the third and most impressive being a small cave which ends up on a very small beach. The eastern side of the beach is ideal when the wind blows west, south or when the north wind is not too strong. To get there, you need to drive on a dirt road for a few meters and then descend the approximately 120 stone steps. The beach is not organized so be well prepared. Other beaches are: Kaladi, Melidoni, Agia Pelagia, Chalkos, Diakofti, Kapsali, Fyri Ammos (of Kalamos), Komponada, Fournoi, Fyri Ammos (of Agia Pelagia), Kalami, Lorenzo, Vroulea, Kakia Langada, Sparagario – Agios Pavlos, Palaiopolis, Routsounas, Avlemonas, Neos Kosmos, Agia Patricia, Platia Ammos, Agios Nikolaos, Vlihada, Limnionas, Lykodimou, Limnaria, Feloti, Agios Eleutherios, Kyriakoulou and Lygies – Ocheles.

You may also find more pictures and information about Kythira at:
https://itunes.apple.com/us/app/kythera-island-travel-guide/id680060253?ls=1&mt=8
https://play.google.com/store/apps/details?id=com.mygreecetravel.kythera